Today’s is a shorter blog. It is going to be an unusual blog for me as I am not showcasing an artist or a painting. I am going to look at the work and the life of a sculptor. I have never been a great lover of sculpture even though I know it is a skilful art form, but it is just not for me. So why the blog?

The reason for looking at this sculptor and his work is that I happened to see some of his sculptures whilst walking around the old part of Cadiz a fortnight ago and happened upon the Casa de Iberoamérica. The definition of the term Ibero-America or Iberian America is that it is a region in the Americas comprising of countries or territories where Spanish or Portuguese are the predominant languages and are usually former territories of Portugal or Spain.

The Casa de Iberoamérica, House of Ibero-America in Cadiz is located in the 18th-century building on Concepción Arenal Street on the edge of the Old Town of Cadiz. It was once the building that housed the Royal Prison. The foundation stone for the building was laid in 1794 but it was not completed until 1836. The buildings remained a prison until 1966 when it was abandoned. Subsequently, it was decided to use it as a courthouse thus preventing it from becoming a crumbling ruin. In 2006 the building was returned to the City Council, and in January 2011 it became the Casa de Iberoamérica.

On entering the sumptuous marble-floored building I found that its permanent exhibition on the ground floor highlighted the work of the Dutch-born sculptor Cornelis Zitman. The exhibition comprised of 78 pieces, of which 49 were sculptures, 28 drawings, and a single oil painting. The selection on show was made up of pieces from Zitman’s whole career, from 1946 to 2007.

Carlos Zitman was born to a family of construction workers in Leiden, in the Netherlands on November 9th, 1926. He studied drawing at the Academy of Fine Arts in Leiden and at the age of sixteen, Zitman enrolled in the painting classes at the Royal Academy of Art in The Hague. Following the completion of his studies there in 1947 he was called up to serve in the Dutch military in Indonesia but he refused on the grounds that he disagreed with the Netherlands’ political actions in that country, and so, to avoid incarceration, fled the country aboard a Swedish oil tanker that was bound for the oil fields of Aruba and Venezuela.

In 1948, Zitman settled in the northern Venezuelan coastal town of Coro, where he found employment as a technical draftsman for a construction company. In that same year, he married a Dutch lady, Vera Roos, whom he had first met in The Netherlands. The couple went on to have three children, Berend, Lourens and Barbara. Much of his free time was spent painting and creating sculptures. Later, in 1949, he moved to the city of Caracas, and the following year, he found work as a furniture designer at a factory of which he later became the manager. In 1951, he was awarded the National Sculpture Prize. In 1955 he was hired by the Faculty of Architecture and Urbanism of the Universidad Central de Venezuela to teach courses in decoration, drawing, watercolour and gouache, which was then combined into a design workshop.

In 1958, he exhibited a collection of drawings and paintings at the Museum of Contemporary Art of Caracas. That year, he decided to give up his life as a businessman and concentrate on his art and sculpture and moved with his family to the island of Grenada, where he dedicated himself completely to painting and began to affirm his style in sculpting.

In 1961 he took part in an exhibition of Gropper Gallery in Boston. He returned to Holland, and studied foundry techniques with Pieter Starrevelt, in Amersfort, and then went back to Caracas where he was given the post as a design professor at the Architecture School of the Central University of Venezuela.  In 1964 he converted an old sugar cane mill, known as a trapiche into his residence and workshop, in Caracas’ Hacienda de la Trinidad. 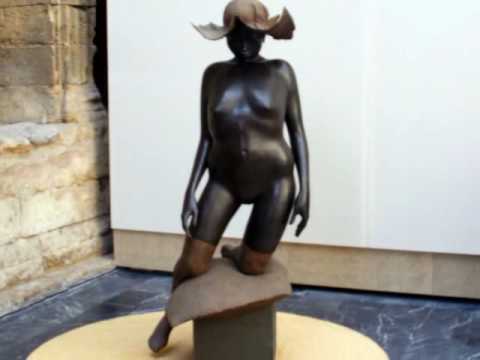 In 1970, Zitman met Dina Viery, a Russian immigrant, and French art dealer, art collector and one time a model for the French painter and sculptor Astride Maillol whom she met in 1934. Viery was a great friend of Maillol during the last ten years of his life and when he died she helped establish the Musée Maillol art museum in Paris. From then on, Zitman dedicated himself exclusively to sculpture. More exhibitions of his work followed in Venezuela, France, Switzerland, the Netherlands, the United States, Japan and other countries, earning a host of national and international awards.

Zitman died on 10 January 2016 at the age of 89. Zitman earned numerous national and international awards for his work and in 2005 he was decorated with the Knight of the Order of the Netherlands Lion. 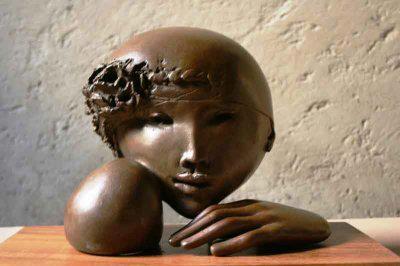 I will leave you with a recent write-up from the Diario de Cádiz, a Spanish-language newspaper published in Cadiz, regarding the Cornelis Zitman’s permanent exhibition at the Casa de Iberoamérica in Cadiz:

“…The sculpture by Cornelis Zitman bases a style and a language generated from various positions and that he gets to make them extremely personal. On the one hand, we find references to the plastic strength and forceful sense of the static of Arístides Maillol; he also drinks the source of that volumetric reductionism that characterized a part of the work of Henri Moore and, in Zitman with much more creative intensity, the generous bodies of Fernando Botero. In that supposed shaker would have to take a meticulous observation of reality, of everyday life; a spark of ingenuity, a knowledge of the autochthonous and an overdose of decisive drawing that shapes the forms and accentuates the powerful modeling. With all of them we obtain a brave, pure work, without artifice, a sculpture that vindicates the great plastic manifestation so unfortunately forgotten in the most immediate art…”